One year in LA.

Yes, I am the world’s worst blogger.  Clearly, my life has not gotten any less busy since my last post in January when I started my job.  I’m currently assigned to about 35 cases and have been in deposition or court almost every day for the past month.  I’ve taken over 20 depositions, defended a handful, and written and argued too many ex-partes and motions to compel than I care to remember.  I’ve certainly gotten a ton of great experience these past 7 months (but not a whole lot of sleep). 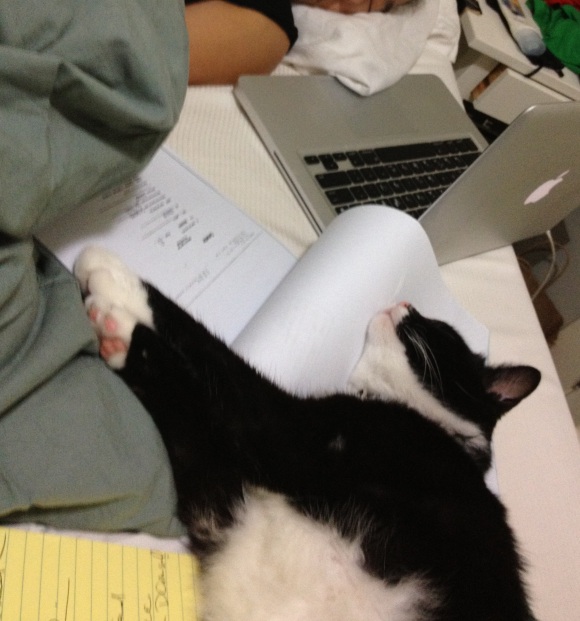 Not the best lit assistant.

Although now is not the best time to try to revive this blog (getting ready for trial this month), I wanted to take the time and reflect on my first year as a MWG in LA.

END_OF_DOCUMENT_TOKEN_TO_BE_REPLACED

Week 1+ of my new job has been… a challenge. 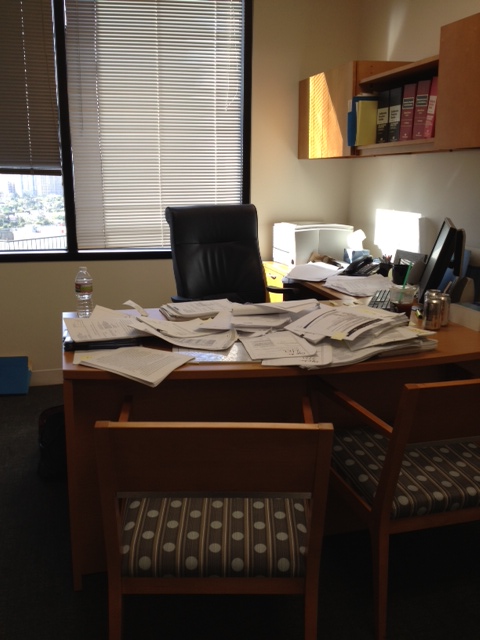 This is my life.

I’ve been writing a lot and even made my first court appearance already.  Exciting, but the whole thing has me feeling plenty confused some times and a whole lot of tired a lot of the time.  I’m confident, though, that I’ll get into the swing of things and will get back to writing (for fun and without argument) soon.

In the meantime, sit back, be patient, go back and read some of the posts you missed (I’m talking to you, E), and follow me on Twitter @MidwestLAgirl.

I promise, I’m still here and I’m excited to share with you my experience at all the great restaurants I’ve tried lately (Artisan House, Animal, The Gorbals, Comstock Saloon, Sushi Gen, Don Dae Gam to name just a few), my trip to SF with G to surprise Mi with E, and everything else this Midwest Girl is getting into in LA.

I miss you, LA Metro.

I do, I really do.  I used to car pool to the Metro every morning and take the Metro to work.  30 minutes door to door.  Now I’m working about 17 miles from my house and the last two days I’ve averaged about an hour and a half commute.  ONE WAY.  Everyone says you have to “find your own way” when fighting LA traffic, but every time I get off the expressways I end up losing my way and spending even more time in the car.

With the new job, I don’t have much free time right now, so I decided to dust off this old draft on the LA Metro that I wrote when I was still car-less and Metro commuting to work.  I didn’t make any edits to reflect my new locked-in-my-car-for-3-hours-a-day state.

Los Angeles has a Metro.  No, really, LA has a subway and light rail system.  It’s definitely not a comprehensive system, but it takes me to and from work and saves me the costs and hassle of driving.  I still need to buy or lease a car, this definitely being a driving city and all, but due to finances and the fact I haven’t regularly driven since 2004, I’m trying to avoid it for as long as possible.  So, until I can avoid it no longer, the Metro is just fine by me.

The train doesn’t take you everywhere you might want to go.  It doesn’t go very west at all – nothing to WeHo, Century City, Beverly Hills, or the beach.  But, the gold line that’s walking distance from us takes you north to Pasadena or south to Chinatown, Downtown, and Little Tokyo.  The purple line takes you to K-town and the red line to Hollywood.  There are two others, but they go pretty south and I’m not sure yet if I’d have an occasion to take them.

Given the fact I’ve never even heard LA had a metro system and no one I know rides it, I thought it was going to be some dinky little Detroit People Mover type situation.  Untrue.  It’s a legit train and people really take it.  Train comes every 10 minutes, which is a lot longer than the 3 minutes it took in DC during peak hours, but still much better than the 20 minutes during non-peak hours.

The only super odd thing is how you pay to ride…

END_OF_DOCUMENT_TOKEN_TO_BE_REPLACED

Yesterday, G and I got in the car and drove up to San Francisco to surprise visit our dear friend Mi who also moved to Cali from Chicago the same time I did. To make the whole trip and surprise even more unbearably exciting, E flew in from Chi to join the surprise!! The surprise was perfect and we had a great time catching up at Comstock Saloon. The food was delicious as were the cocktails. There will be a post about us midwest girls in SF soon. But for now, a quickie about our on-the-road meal at a California favorite… 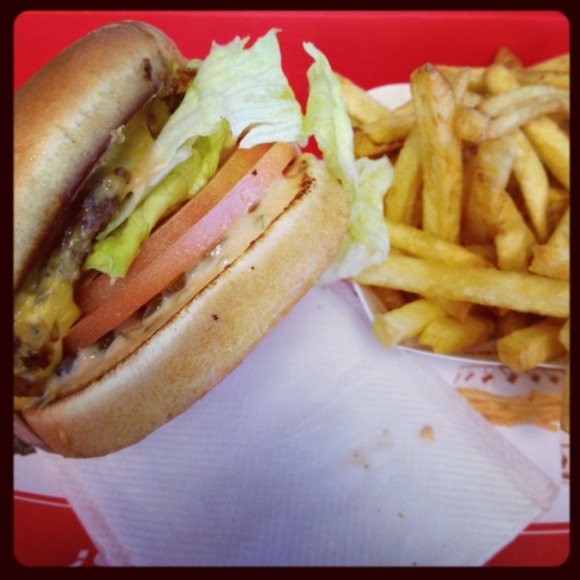 G and I crossed off another to-do on her list and stopped at In-n-Out while on the road.

To be honest (please don’t hate me), my experience with InO has been meh. But everyone yells at me when I say that and say it is my fault I didn’t order from the “secret” menu. So this time I searched the web and prepared for my order.

I ordered a cheeseburger animal style with a side of peppers and fries well done. 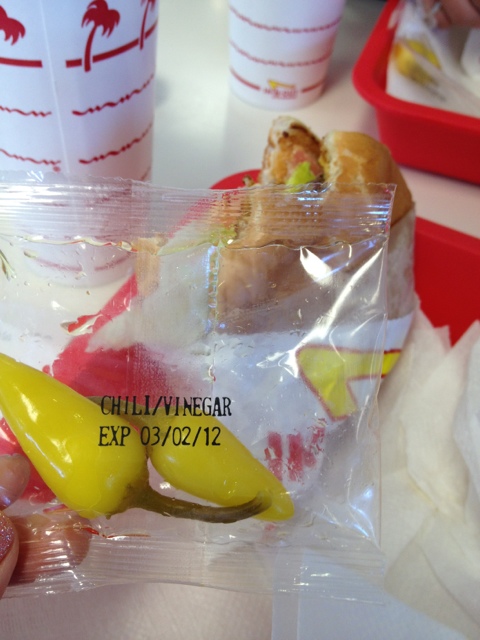 Don’t get me wrong, it’s good. The lettuce is crisp and the tomato tastes fresh. I’m not a huge fan of caramelized onions but these were pretty yummy. The meat and cheese is awesome as meat and cheese normally is. But it just isn’t as amazing as everyone makes it out to be. And the fries, well done or regular, are flat out bad.

I’m still a bigger fan of Five Guys but at $5.20 for all that plus a drink, InO is at a different price point so it might not be fair to compare. It’s certainly worlds better than McDonald’s. Although (please don’t hate me) the animal style sauce just tastes like Big Mac sauce to me.

Why do I have a bad feeling that I’ve lost some readers. Sorry, Californians. I just tell it as I taste it. More from MWG in SF soon!

What are some of your favorite places to go/eat/see in SF? We are going on an architectural walking tour this morning and I’m super excited to nerd out in the city with my girls.

With the holidays, friends in town, and lots to celebrate (congratulations again, J & M on your engagement!), I’ve been going out to eat a lot and haven’t been doing a whole lot of cooking.  In my defense, this blog makes it seem like I never cook at all, which isn’t true.  I just haven’t trained the dog to take pictures while I’m cooking and I often forget to take them myself.

To prove to you that I do actually cook, I’m going to start making a better effort to include more recipes here.  Starting with this one: 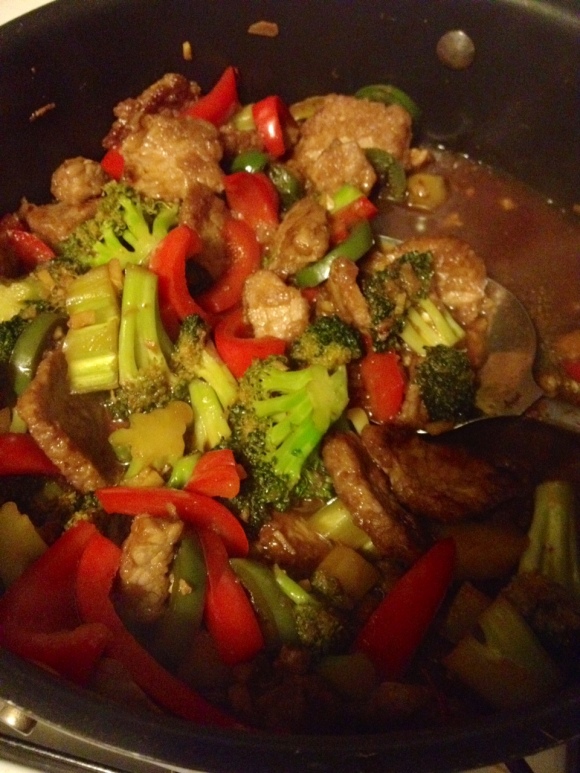